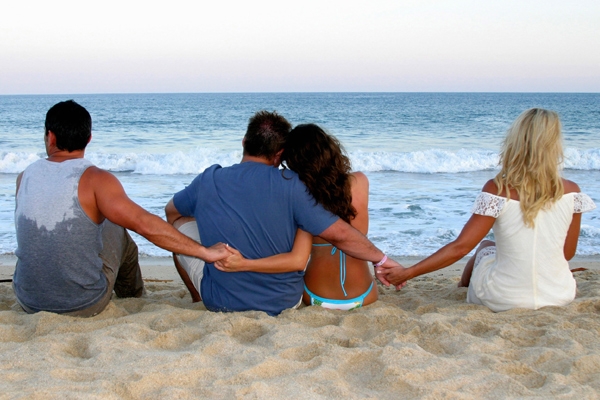 Open relationships are just as happy as couples According to a new study, by the University of Michigan, United States found that people, who are in open or polyamorous relationships report being just as satisfied as those in monogamous pairings.
https://www.wishesh.com/ 04 Apr, 2017 04 Apr, 2017

Open relationships are just as happy as couples

Open relationships are just as happy as couplesLove & Romance

According to a new study, by the University of Michigan, United States found that people, who are in open or polyamorous relationships report being just as satisfied as those in monogamous pairings.

The study’s lead author and associate professor of psychology and women's studies at the university, Terri Conley said that overall, outcomes for monogamous and consensual non-monogamous participants were the same, indicating that there was no net benefit of one relationship style over another.

The study analyzed the relationships of more than 2100 people to determine factors such as satisfaction, commitment, passionate love, and jealousy.

The study shows that people in open relationships were more satisfied, had more trust, commitment and passionate love for their primary partner than with a secondary partner, despite assumptions that the pairs in non-monogamous relationships may not care about each other enough to be happy in primary relationships, according to the university.