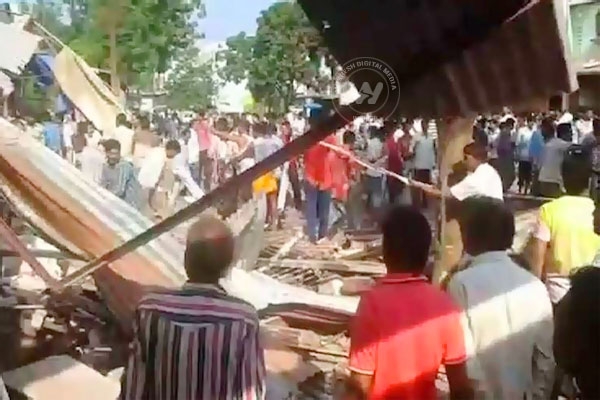 Jhabua explosion feared killing 20, injuring many At a restaurant in Petlawad town of the Jhabua district of Madhya Pradesh, cooking gas cylinder exploded because of which at least 20 were feared dead and many injured.
https://www.wishesh.com/ 12 Sep, 2015 12 Sep, 2015

Gas Cylinder Explodes At Restaurant In MP, 20 Feared DeadJust In

At a restaurant in Petlawad town of the Jhabua district of Madhya Pradesh, cooking gas cylinder exploded because of which at least 20 were feared dead and many injured.

Around 8.30 a.m., blast took place at a building housing the restaurant in Petlawad town. It is 60km away from the district headquarters Jhabua, said A.R. Khan, Petlawad Sub Divisional Officer of Police (SDOP).

“Nearly 15-20 people are feared dead in the mishap and as many were injured,” Khan said.

According to SDOP, many could have been trapped in the debris. He added that upon clearing the debris, the exact number of casualties will be identified. He also said that many adjacent buildings were damaged due to the explosion caused by the gas cylinder.