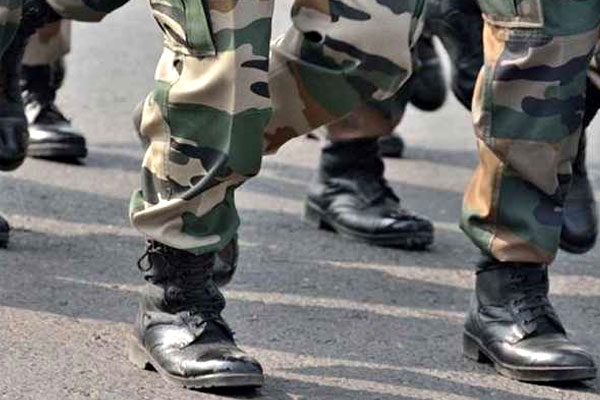 A video of a group of Indian Army personnel and their American counterparts singing and dancing in the United States during joint military ‘Exercise Yudh Abhyas’ is doing rounds on social media.

They were dancing to the Assam Regiment's marching song 'Badluram ka badan zameen ke neeche hai', dedicated to rifleman Badluram, a soldier in the Assam regiment who fought against the Japanese forces and was killed during World War II.

The video tweeted by ANI news agency is from the ongoing 15th edition of the joint military training exercise of the Indo-U.S. defense cooperation 'Yudh Abhyas' at Joint Base Lewis, McChord, Washington D.C.

The training began on September 5 and will be till September 18.

#WATCH Indian and American soldiers sing and dance on the Assam Regiment's marching song ‘Badluram ka badan zameen ke neeche hai’ during Exercise 'Yudhabhyas' being carried out at Joint Base Lewis, McChord in the United States of America pic.twitter.com/6vTuVFHZMd

The joint military training or Exercise Yudh Abhyas is one of the largest joint running military training and defense corporation endeavors between India and the United States. During this, the armed forces of both countries get an opportunity to train in an integrated manner at Battalion level with joint planning at Brigade level.