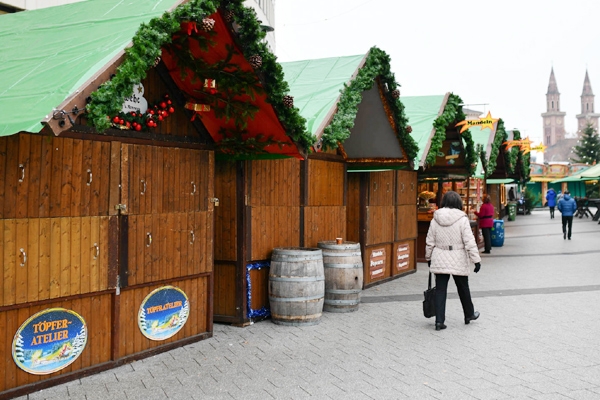 Terrorist attack 12 years old planned to blow Germany A young boy has tried to set off a nail bomb at a Christmas market in Ludwigshafen, but the device had failed to detonate
https://www.wishesh.com/ 17 Dec, 2016 17 Dec, 2016

A young boy has tried to set off a nail bomb at a Christmas market in Ludwigshafen, but the device had failed to detonate.

The boy was a German citizen of Iraqi heritage. He attempted to blow up the device at the Ludwigshafen Christmas market on November 26. He gave up, after the device failed to detonate, before trying again on December 5th.

He took the explosive device, hidden in a rucksack filled with nails, and placed it in a bush nearer to the town hall.

A pedestrian had spotted the bag fortunately and alerted police. They had specialists to carry out a controlled explosion.

The 12 years old, was born in the town in Rhineland-Palatinate in 2004. He was radicalized and had been encouraged to carry out the attack by an unknown member of the ISIS terror group.

Ivanka might become Trump's first lady, instead of Melania!

Public broadcaster Suedwestrundfunk said that the boy is believed to have received the instructions from the ISIS via the encrypted instant messaging service Telegram.

According to an earlier report by the police investigators, the powder in the homemade bomb had been made of the ingredients of fireworks and sparklers, which was flammable but not explosive.

Local prosecutor Hubert Ströber said that calling the device a bomb would be an exaggeration. He said that although the powder was combustible, but it was not clear whether it would have exploded.

The child, would not face a German court because his is age is under 14, and had been detained and placed into a juvenile care facility.