Rahul Gandhi was the reason for Nepal Earthquake: Sakshi Maharaj 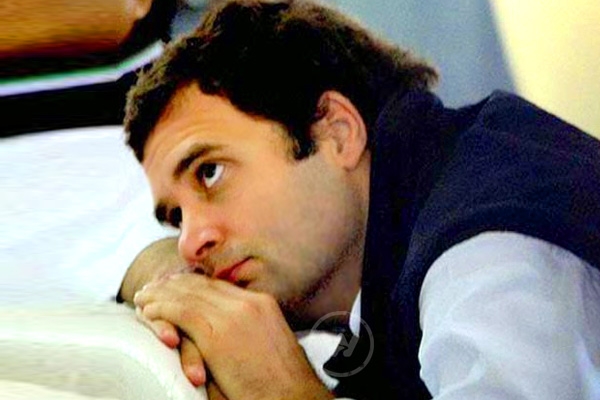 (Image source from: Rahul Gandhi was the reason for Nepal Earthquake: Sakhsi Maharaj})

The alleged controversial parliamentarian Sakshi Maharaj, who was termed as bigotry, is again in news with his remarks against AICC vice president Rahul Gandhi by correlating his (Rahul’s) visit to Nepal earthquake disaster.

He said that the visit by Rahul Gandhi to the holy shrine of Kedarnath was the reason for the loss of more than 4000 innocent people and huge property loss. According to the TOI report, he said "Rahul Gandhi eats beef, and goes to the holy shrine (Kedarnath) without purifying himself. The earthquake was bound to happen," in Haridwar. Vishwa Hindu Parishad leader Sadhvi Prachi was also present at the venue.

While congress party responded in an angry and firing approach by demanding appropriate action against him by Prime Minister Narendra Modi and party chief Amit Shah, "If media reports are to be believed, BJP leader and MP Sakshi Maharaj now famous for asking women to produce 10 babies, eulogising the killers of Mahatma Gandhi and comparing humans with dogs for sterilisation, are now ascribing the earthquake in Nepal to Rahul Gandhi's visit to Bhagwan Kedarnath," party spokesperson Sushmita Dev told reporters at the AICC briefing.

Sakshi Maharaj was earlier in news with his version on the assassin of Mahatma Gandhi and his advocacy of 4 children by every hindu woman to save the Hindu Dharma (Hindu Religion).