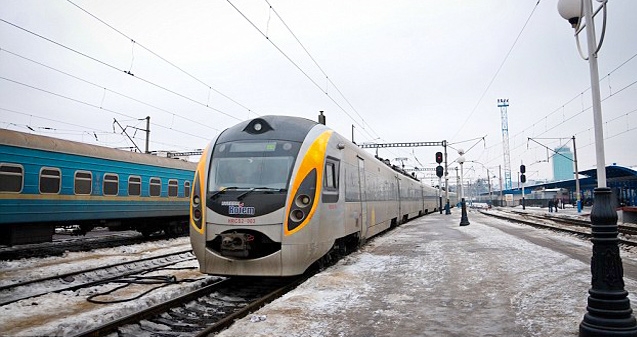 A couple in Ukraine got the bright idea to have a wild romantic night on the train tracks, which only led to a train wreck. While making passionate love on the rail tracks, a train appeared out the blue and ran over the man and woman. While the woman breathed her last on the spot, the man lost both his legs to the accident.

The man was 41 years old, while his partner was somewhere in her 30s. According to The Ukrainian Interior Ministry, the accident happened on the morning of 28th September. In their words, the couple "failed to overcome their natural passion when walking home," and "wanted to experience an extreme sensation near the railroad tracks."

Zaporozhye, where the accident happened, is the 6th largest city in Ukraine. The thrill seeking couple were returning from a party at a friend's house and were reportedly drunk before the incident happened. The tragic moment occurred when a train switched tracks and the couple did not move fast enough to save themselves.

As per reports from RIA Novosti, a Russian news agency, “The extreme sensation they experienced happened to be a switcher locomotive, and they could not escape in time.” Though the man lived, the loss of his legs is a grim reminder to those who indulge carelessly in thrill seeking behavior.