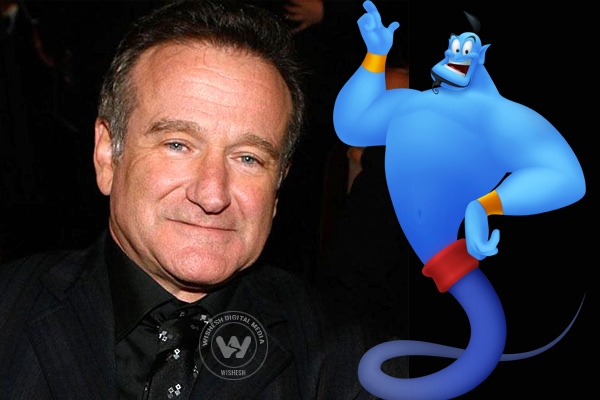 Disney has paid a gut-wrenching animation tribute to the departed entertainer, Robin Williams

Disney's Eric Goldberg released a black and white graphic featuring Genie, etched out with twinkling stars, smiling down at the world. The touching tribute was captioned with a statement from Robert Iger, the chairman and CEO of Walt Disney. 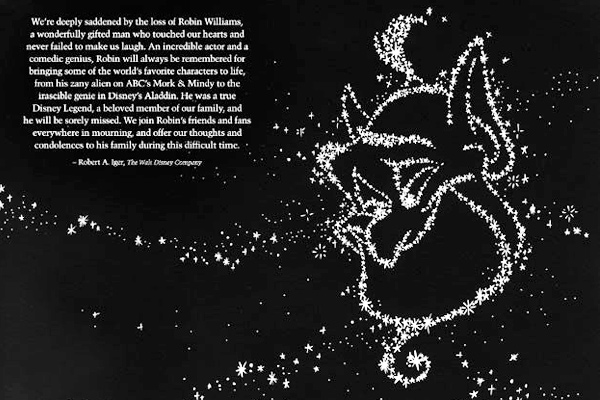 "We're deeply saddened by the loss of Robin Williams, a wonderfully gifted man who touched our hearts and never failed to make us laugh. An incredible actor and a comedic genius, Robin will always be remembered for bringing some of the world's favorite characters to life, from his zany alien on ABC's Mork & Mindy to the irascible genie in Disney's Aladdin. He was a true Disney Legend, a beloved member of our family, and he will be sorely missed. We join Robin's friends and fans everywhere in mourning, and offer our thoughts and condolences to his family during this difficult time."