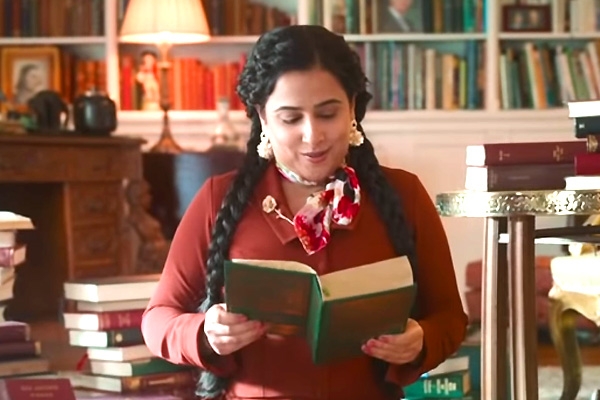 National award-winning actress Vidya Balan is all set to reprise the role of Indian mathematician Shakuntala Devi who made the country proud. She is known as the human computer and made her place in the Guinness Book of World Records. The film is directed by Anu Menon and it explains the journey of Shakuntala Devi from a small kid to the world famous mathematician. Jisshusengupta, Amit Sadh and Sanya Malhotra played other crucial roles in Shakuntala Devi.

The film will skip its theatrical release and will have a digital release very soon. The makers released the theatrical trailer of the film and it sounds quite impressive. Vidya Balan is the major highlight of the trailer and she carries the entire content on her shoulders. She looks quite energetic and essays the role of Shakuntala Devi quite well. Sony Pictures Networks Productions and Vikram Malhotra produced Shakuntala Devi. The film is releasing on Amazon Prime on July 31st.